Hard to stand up after long periods of sitting? Part 1: The WHY 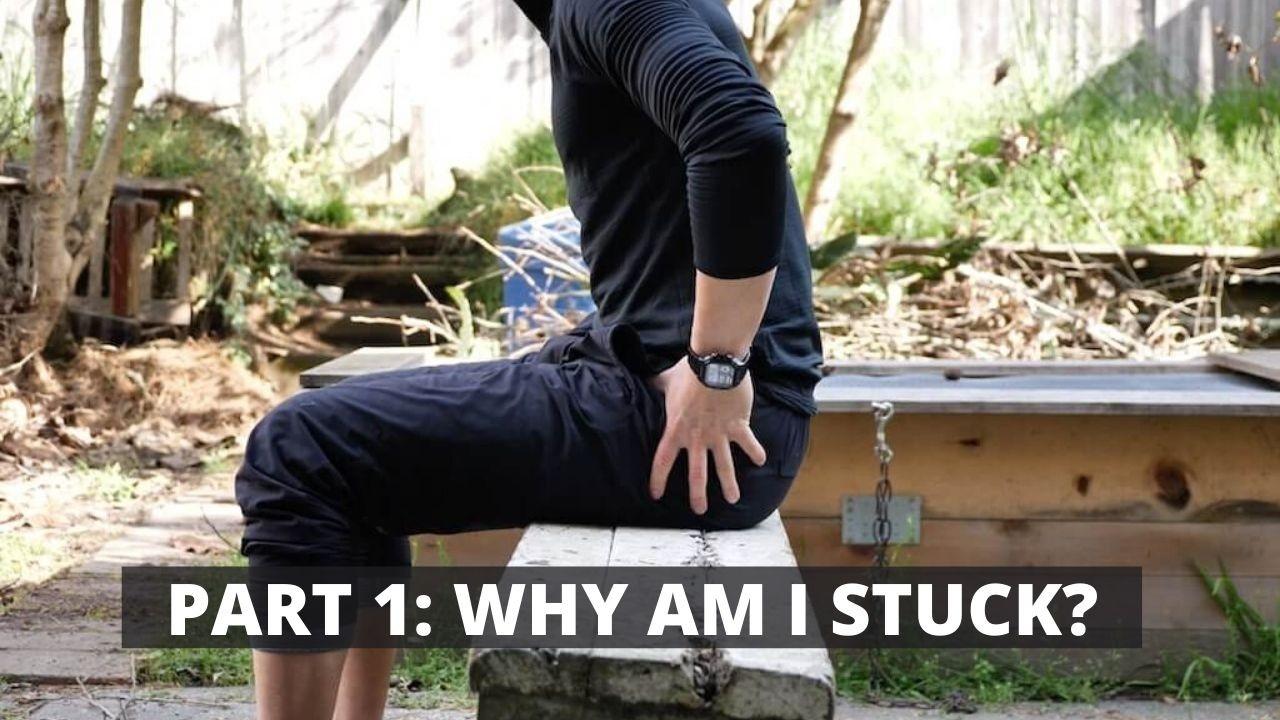 These days, a lot of people feel like it's hard to stand up after long periods of sitting.

You're at the office, working on a report for a few hours, and you go to get something from the printer. When you try to stand, you feel like the Tin Man from Wizard of Oz getting out of your seat.

You've been sitting at the dining table for twenty minutes. You go to stand up, and it's like your legs don't work anymore.

What's going on here? And how do you fix it?

In this article, we're going to look at WHY you have trouble getting up out of a chair and in part 2, we'll give you some simple exercises you can use to improve your body's strength and mobility gradually and safely.

Is getting up out of a chair an old age problem?

A lot of times, doctors and other people blame "old age" for this problem. You're getting older. That's why you can't stand up. But this is not a good explanation.

If age alone is the cause of the problem, then why do some people have no problem getting up out of a chair despite being "old"? Also, why do some people in their twenties and thirties have trouble standing up after sitting for a long time?

And, if age alone were the cause of the problem, there would be NO solution. 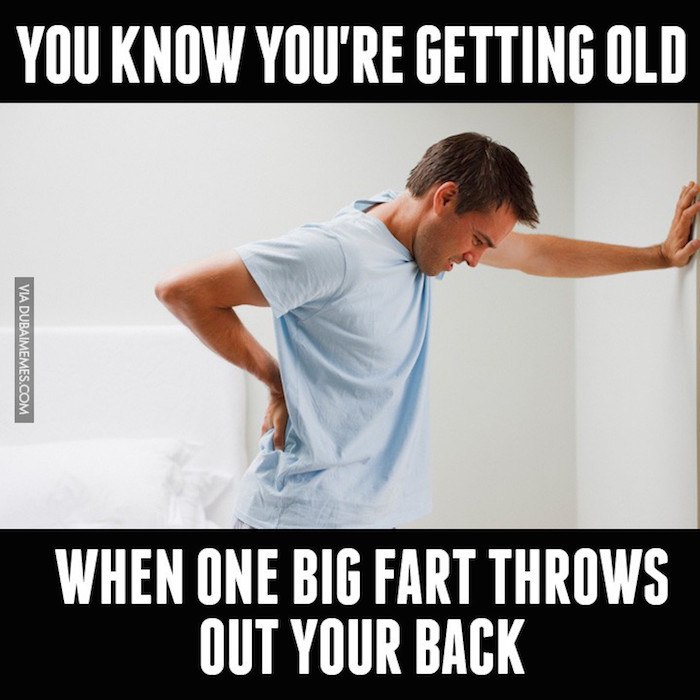 To understand the real cause of the problem, you need to understand one basic principle of how your body works.

You get better at what you practice.

Sitting for prolonged periods trains your body to get really good at one thing: sitting.

When you're younger, this doesn't seem to be nearly as big an issue. Your physical activity levels as a kid or teenager are generally much higher (at least in the distant past before iPhones, iPads, and video games). And your body's ability to adapt to physical demands is just plain better. Your body is in growth mode, and it builds and maintains muscle a lot more easily.

As you get older and sit in a chair for 8-18 hours a day, 5 days a week, the muscles that control your hip joints get better and better at sitting. Your body's ability to quickly transition to other positions is not as good - because you have not actively trained your body to do it.

The obvious question is "can you do anything to combat it even as you age?"  And the answer is yes.

Is it arthritis in my hips?

Another common theory doctors will often offer is that arthritis of the hips is the cause of your inability to stand up from a chair. They may take X-rays of your hips and see signs of "damage." Bam. Arthritis is your cause. Pay me $300 now please.

What they won't tell you is the diagnosis of hip arthritis is built on shaky scientific foundation. More importantly, lots of people have hip arthritis in X-rays and NO SYMPTOMS AT ALL.

Hip arthritis is a poor explanation for problems getting up from a sitting position. It's a seductively simple explanation, but it's not based on good science.

And, if it were true, there would be no way to fix the situation. You would just be on a never-ending spiral toward worse and worse hip function.

What sitting for long periods does to your body

Before we get to your solutions to this problem, let's make sure you understand the mechanics.

We'll start as simply as possible and then get down into the details.

The sitting position places your hip joints in "flexion." That's a fancy way of saying your knees come closer to your chest. 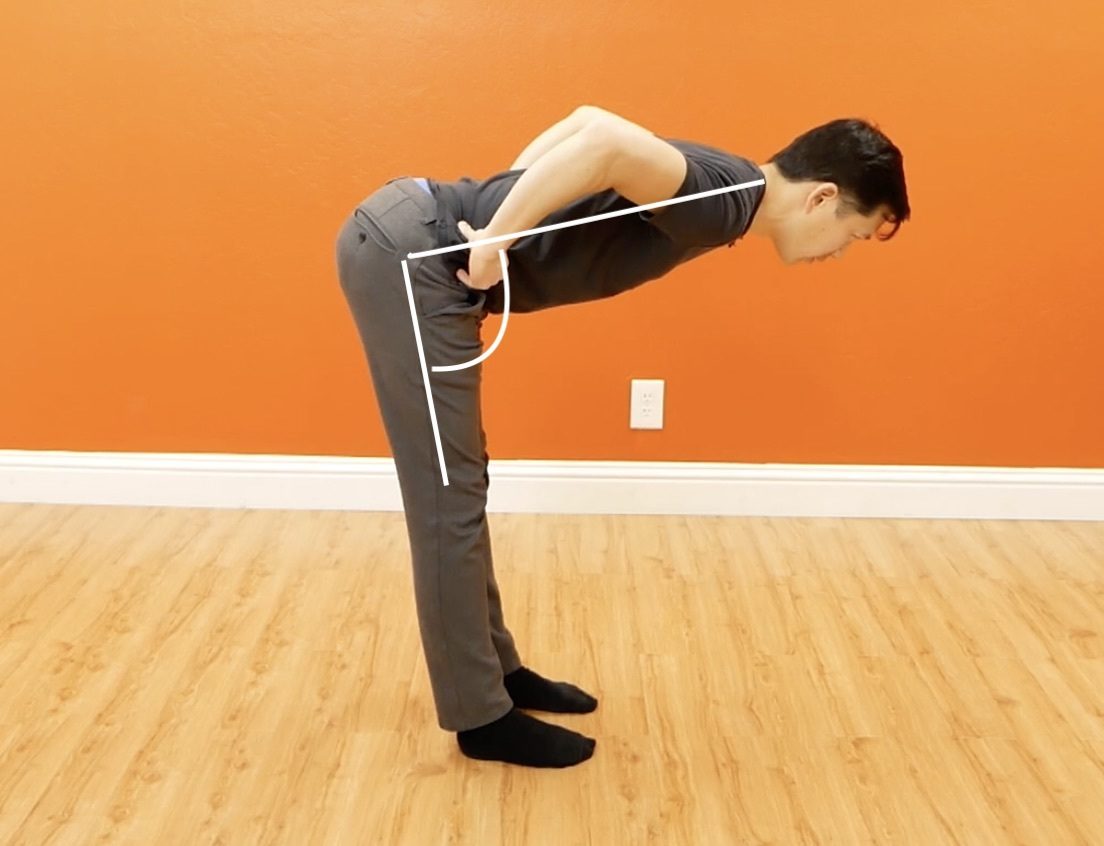 Being stuck in hip flexion (thigh bones and knees moved closer to chest) means you can't stand up straight.

The standing position requires hip extension. That's a fancy way of saying moving your knees further from your chest. For standing, you need enough hip extension to get your thigh bones to line up under your torso

Standing up straight requires hip extension (positioning the thigh bones in line with the upper body).

If you are constantly practicing hip flexion (by sitting), you make it harder for your body to do hip extension (standing).

Sitting squashes the life out of muscles that help give you hip extension (standing). These are the muscles on your back side. The glutes, the hamstrings, and the deep hip rotators all get squashed while you sit. This reduces blood flow and your brain's connection to the muscles.

That means the muscles responsible for standing are being choked to death. Every day.

Imagine if you put a tourniquet on your elbow and had your fingers splinted in one position. All day long. Would you expect your fingers and forearm muscles to be strong and healthy?

No. If you cut off the blood supply and stop using muscles, the muscles wither away. That's true for ANY muscle group.

Now, what about the muscles responsible for hip flexion? These muscles are called the hip flexors. These are the muscles on the front of the hip and thigh.  When they contract, they bring your knee closer to your chest.

If they are stiff and inflexible, they STOP hip extension.

Why would they be stiff and inflexible? Because you put them in a shortened position all day long. They are not used to lengthening AND being strong in that position.

So you now have hip extensors that have been squashed to death on the back of your hips. On the front of your hips, your hip flexors are locked into shortened positions.

You are literally locked in place.

In order to combat this situation, you need to “lengthen” the flexors and activate the extensors.

Put another way, you need to make sure the front of your hips can open up and the back of your hips are strong enough to make that happen.

Want exercises to help you build strength and mobility to get up from a chair?

Check out part 2 of this series for exercises to help you!