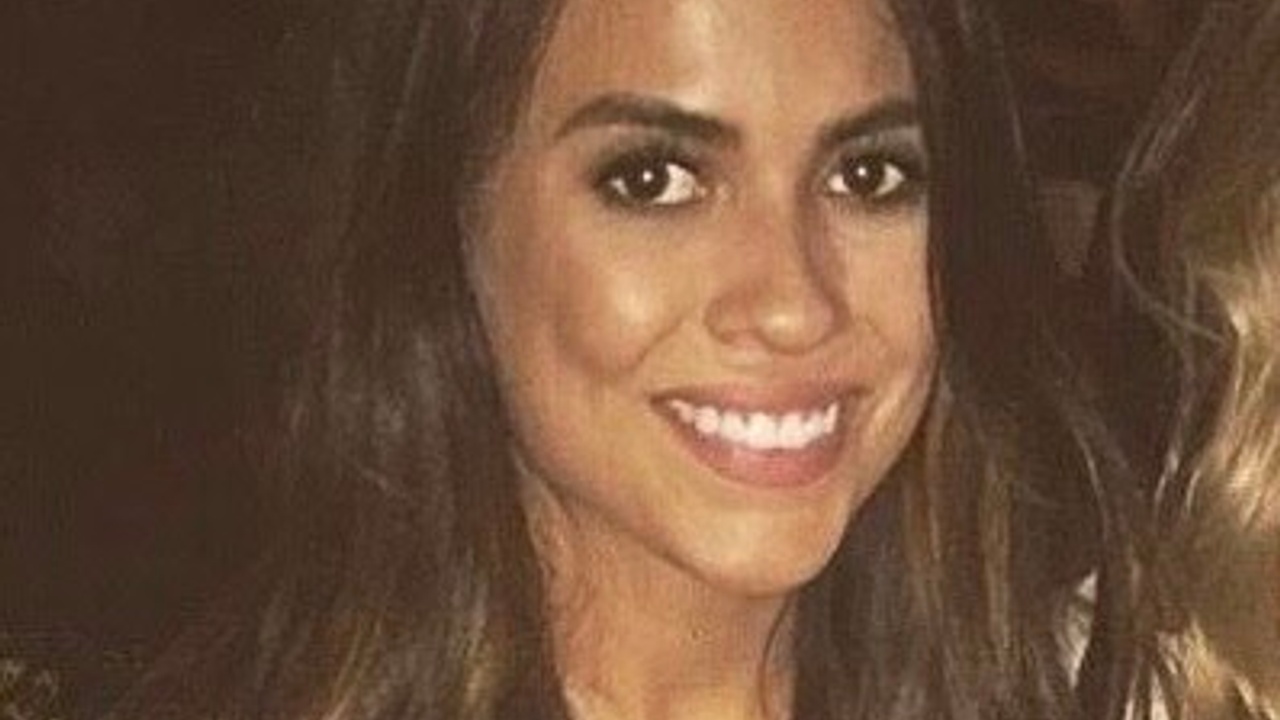 "I spent my Thanksgiving break in bed crying and researching surgery options..."

I want to share an important story with you today. Here's the background.

I've been coaching a young woman named Erica online for the last couple of months.

She has hip dysplasia. Doctors often claim that hip dysplasia is a guaranteed path to hip pain and arthritis. The only solution for hip pain from dysplasia, they say, is drastic surgery.

The other week, Erica was over-the-moon excited about what she'd accomplished in such a short period of time - especially because of what her well-renowned expert hip surgeon in Los Angeles told her.

I am 30 years old and for my entire adult life I have been physically active without experiencing any injuries.

In May of 2020 I noticed some discomfort in my right hip and had it checked out by a chiropractor who told me to drink more water and stretch.

The discomfort turned into pain so I decided to see an Orthopedist and was diagnosed with bilateral hip dysplasia and a labrum tear in my right hip. I was told by one of the most renowned Orthopedic surgeons that I should never do any high impact workouts again (e.g. dance cardio, lunges, squats, running, uphill hikes, etc). This news was heart-wrenching and almost unbelievable but I wanted to take the necessary steps to heal and be pain free.

The Orthopedist said I had two options, the first was to have a PRP (Platelet-Rich Plasma) injection in my right hip to help reduce the pain from the labral tear and if that was unsuccessful my next option would be surgery.

Nothing new here. We see the same starting steps ALL THE TIME.

Go to a health professional. They either under-react (like the chiropractor in this case) or they WAAAAY OVERREACT (like the surgeon).

If you've been following along with me for any period of time, you aren't surprised that orthopedic surgeons recommend surgery even though science and common sense (or uncommon sense?) says not to.

Think about this: Erica went decades without any issue around her hips. No injuries. No complaints. Nothing. Then, one day, a spot on her thigh starts to hurt.

The surgeon's answer: "That must be because your bones are the wrong shape."

"Why would that suddenly be an issue now?" you might reasonably ask.

"It just is." He might say. Or he might retort, "Well, it's just part of the natural progression of the disease...One day the bones start creating pain."

Which is just a fancy way of saying, "The fact that you're hurting proves that you have a bone problem, and I really don't want to think any deeper about this alleged disease and prefer to rely on circular reasoning."

Let's break it down a little further.

Erica's pain was in on the front inner thigh. It was MILES away from her hip joint. But conventional orthopedics has a funny tendency to attribute pain ANYWHERE NEAR A JOINT to the structures of the joint itself.

And you know that the science doesn't bear that out from literally every other video and article I've ever written.

PRP injections sound like a nice alternative though, right? Nice of the doc to suggest that instead of jumping to the knife...

Except PRP has essentially zero evidence that it's useful or effective. You can read more about that in this article on PRP injections.

Now let's get back to Erica's story.

I went with option one and in July I had the PRP injection. Unfortunately, it was not successful and my pain worsened. My entire lifestyle changed, I had pain in my hip every single day and by evening I would be limping. In November I had a really bad flare up and couldn’t walk without the assistance of a cane.

I do my best to communicate this to people compassionately.

Your body doesn't like people jamming sharp pieces of metal into it.

The promise of "instant pain relief" from an injection or surgery sounds AMAZING. I get that. But people need to recognize that the promises and the reality are different.

Some lucky ones find relief (for at least a short while), while others end up jacked up and in a spiral of increasingly invasive "treatments" that continue to do NOTHING but make them worse off.

Trying to be conservative and responsible, Erica tried the small thin piece of metal...and it most definitely didn't make her better.

I spent my Thanksgiving break in bed crying and researching surgery options. The only option is PAO (Periacetabular Osteotomy), an extensive surgery that involves cutting the bones and repositioning them with screws. After hours of research I could not accept that this was my only option and that is when I stumbled across an Upright Health testimonial.

I began to research Matt and his team, I watched their YouTube videos and read every testimonial I could find. At the time I did wonder if Matt’s approach was too good to be true but I knew I had nothing to lose.

Now, you may be wondering about this PAO thing she mentioned. I'll give you the simple run-down.
The surgeon SAWS AND CHISELS THROUGH A GIANT PORTION OF YOUR PELVIS and then tilts it into a different angle and then secures it all together with some PLATES AND SCREWS.
No big deal. It's just drastically reconfiguring a giant piece of bone.
It'd be great if it made sense and had sound scientific reasoning behind it. Unfortunately, it doesn't.
Hip dysplasia is highly prevalent in asymptomatic populations (see this study also), which means there's WEEEAAAK (or NO) evidence that dysplasia has anything to do with hip pain.
Surgeons will also tend to dismiss studies like this one that show dysplasia does not have any relationship to hip arthritis or symptoms even in old age.
They also are often not aware of (or won't discuss) the lack of long-term studies on the effects of their procedures. They especially won't discuss studies that show that PAO for dysplasia has poor long-term results for a high percentage of patients (seriously, read that article if you're considering PAO).
But what about all the orthopedic studies that say dysplasia does cause arthritis?
Of course, you can find tons of orthopedic papers that claim that a large group of people's osteoarthritis is caused by hip dysplasia. You'll find the claim on every "reputable" medical resource online. Dysplasia => arthritis.
But they won't be able to present any solid evidence. They will link to studies that presume the relationship and cite other studies that make the same presumption to prove their presumption. The argument is simply: "patients have dysplasia bone shapes and their hips hurt. Therefore the dysplasia is causing the hip pain."
This is called POOR LOGIC.
It's like saying "black hair causes headaches. This Asian guy has headaches. Therefore the black hair is causing his headaches." 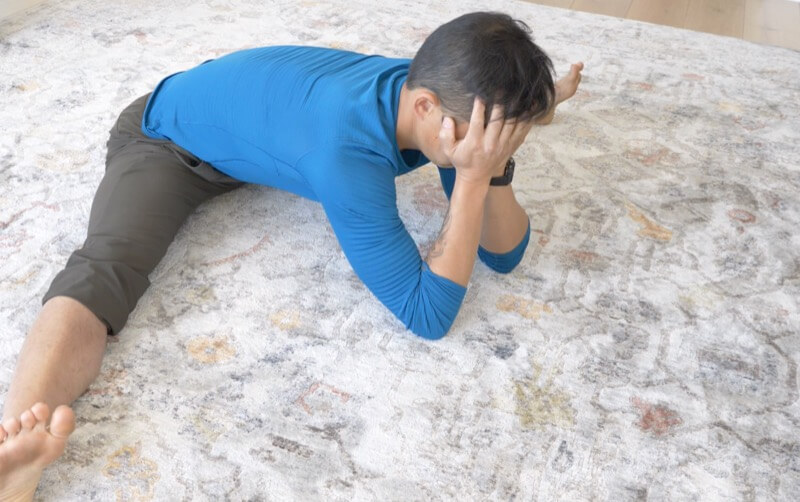 Or if you want it to sound more "scientific" and similar to orthopedic papers...
"We have 300 men with black hair who suffer from frequent headaches. We know that black hair causes headaches [citation of another paper that makes the same claim but doesn't actually prove it]. We sawed off the top portion of their skulls and transplanted the skull caps of blond-haired donors. The operations were successful with minimal complications, and the men reported an average of 50-80% reductions in the intensity of headaches."
That's exactly the game that's being played.
Let's just be clear: being able to operate on something you claim is broken does not prove that the thing was broken in the first place!
In any case, back to the story...

I started working with Matt in December 2020 and I told him my goal was to be able to run and play with my 3 year old nephew.
It is now early March 2021 and I recently told Matt during one of our sessions that I spent an evening jumping on a trampoline, playing t-ball and soccer with my nephew (pain free!!!). Also, I am able to do a better squat and lunge than before my injury.
There are not enough words to express my gratitude for Matt and his team. If anyone reading this is contemplating what their next move should be I hope my story encourages you to work with Upright Health.

The takeaway is that THE HUMAN BODY IS AWESOME. We did not do anything crazy to help Erica fix her muscle issue. We had her massage, stretch, and strengthen her muscles. That's all.

She had weak quads and weak adductors. She had some stiffness in her quads from doing some strenuous home-workouts. She just had to learn how to restore those muscles to normal function.

There were no voodoo ministrations. There were no expensive gadgets. It was about retraining muscles. Period.

The surgeon was 100% convinced that she could not see any improvement without a ghastly and unproven surgery. He was trained to see hip pain a certain way. He was trained to believe that aches and pains are a product of bone shapes (though, again, this type of thinking is NEVER supported by rigorous research).

Would PAO have worked for her? If she were super lucky. Hip surgery works sometimes for some lucky people (I did a podcast on successful hip surgeries). But the same can be said for all kinds of surgeries that have been debunked by science (like spinal fusions and knee meniscectomies).

She got her life back without surgery. She worked naturally with her muscles. That's HUGE. And if you're in her situation, you should keep it in mind.

Muscles move bones. A shallow hip socket doesn't mean you can't position, move, and stabilize your hip joints properly. You just have to train your muscles to do things the right way.

And in the lives of modern desk workers, that takes a concerted effort.

Final words on this PRP injection for dysplasia story

There's nothing more enticing than an expensive high-tech treatment that promises instant and permanent results.

It's important to recognize that new-fangled high-tech treatments ((like injections and surgery) carry risks. One of the biggest risks is being totally ineffective OR MAKING YOU WORSE OFF.

The alternative is to learn how to care for your body and train it to move right so that it can feel right. Downside risks of exercise do NOT include permanent damage and disfigurement. That's a huge plus for exercise.

Corrective exercise takes time. It takes patience. And it's the safest approach to the human body.

Thinking about PRP to fix your joint pain? Read more about the evidence on PRP Injections here.

You'll learn how to:

➡ Save $$$ on unnecessary massage and chiropractic appointments

Get the course and JOIN over 20,000 other newsletter subscribers FOR FREE!

Smash out muscle tension without paying a dime to a massage therapist or chiropractor!

Get FREE access to my self-guided online video course and learn:

How to crush chronic tension with simple self-massage techniques...

How to develop and maintain PAIN-FREE MOVEMENT for life!