Femoral Acetabular Impingement (FAI): What You Need to Know and What Your Doctor Won’t Tell You

Before you jump into surgery for your hip pain, consider how reported success rates may be skewed and how you might be able to use functional training to fix painful muscle imbalance and dysfunction. 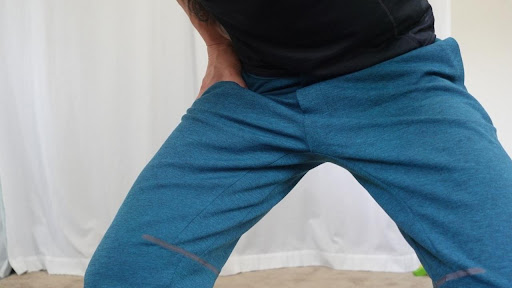 Femoroacetabular impingement, also known as FAI, can be a painful experience.

What Is Femoroacetabular Impingement, or FAI?

If you’ve been told you have femoral acetabular or femoroacetabular impingement, FAI, or hip impingement, doctors and surgeons believe that misshapen bones are leading to your reduced range of motion, causing increased bone-on-bone contact and therefore higher levels of hip pain.

Doctors or surgeons have probably told you that arthroscopic hip surgery is the only solution for easing the pain associated with this disorder.

In fact, in this article, I’ll show you why you and your doctors should be skeptical of a femoroacetabular impingement diagnosis altogether.

If you complain of hip pain and physical examination tests (like FADIR) come back positive, you may get a diagnosis of femoral acetabular impingement-related pain. If x-rays and magnetic resonance imaging (MRI) confirm that your hip bones are of cam, pincer, or mixed morphology—allegedly abnormal shapes—then bad bone shapes are supposedly the cause of your hip pain.

A group of surgeons first introduced this theory in a 2001 paper touting the benefits of a new hip surgery technique. This technique allowed surgeons to fully remove the femur from the socket in order to examine and “fix” abnormally shaped bones without catastrophic consequences.

The surgeons claimed that this procedure successfully treated hundreds of cases of FAI-related hip pain.

Over the next decade, many of the same surgeons published more papers—including this 2003 study, this 2005 study, and this 2008 conceptualization—citing their own research papers as proof of their own theory.

This created the appearance of rigorous scientific inquiry, but nobody seemed to notice some major problems with the theory. And, to this day, surgeons and other doctors continue to ignore clear evidence that the theory of femoroacetabular impingement is not based on any solid scientific evidence. 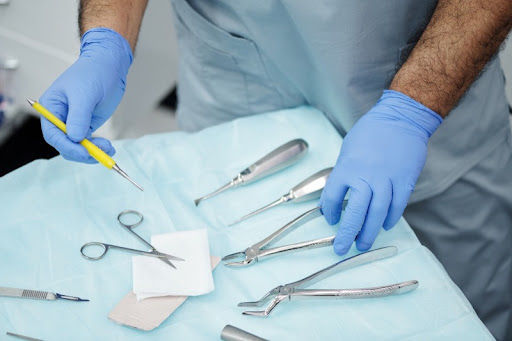 A surgeon prepares for a surgical procedure that may, or may not, alleviate hip pain.

Orthopedic surgery as a field has an obvious bias toward surgery. It's a field that evolved from battlefield surgery tents in World War I and II, where swift and invasive surgeries saved lives.

Orthopedic surgeons look for structural deformities to correct. That makes sense in a battlefield tent. Shrapnel, a bullet, or a bone fracture could threaten the life of a patient.

In the world of chronic joint pain, orthopedic surgeons apply this same mentality. They look for a discrete structure that can be fixed through surgical means.

The Science on Femoroacetabular Impingement and Hip Pain

In a 2008 study of more than 4,000 people, researchers came to a shocking conclusion. They found no link at all between femoral acetabular impingement or dysplasia and groin or hip pain.

Instead, they found that 17 percent of men and 4 percent of women had FAI-related bone shapes, and that these bone shapes had no effect at all on their hip health.

Surgeons often claim that FAI causes arthritis. But study after study shows there is simply no link between bone shapes and developing hip arthritis.

A 2011 study on 34 athletes found that there is no link between alleged femoral acetabular impingement bone shapes and pain or range of motion.

In another 2011 study, cam impingement had no relationship to the development of arthritis whatsoever.

And in a 2013 study, pincer impingement was associated with a lower risk of hip arthritis.

In addition, the hip pain tests surgeons use to justify surgery have been consistently shown to be unreliable at best. Several studies on the FADIR test have shown that it is completely useless and the results are totally unrelated to femoroacetabular impingement, or FAI, bone shapes.

See also: Special Tests for FAI: The Truth About FADIR, FABER, and Other Hip Impingement Tests 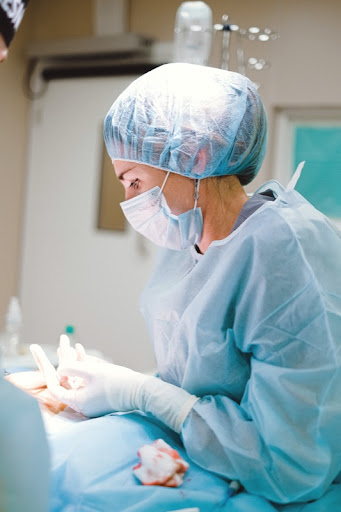 We need to ask if femoroacetabular impingement surgery works. Credit: Photo by Anna Shvets on Pexels.

Reasons to be Skeptical of Hip Surgery for Fixing FAI

If you do a study that shows hip surgery isn’t great, that’s your gravy train down the drain.

You have every financial incentive to publish papers that say hip surgery works—and that it works nearly all the time.

But that’s not good science.

See also: Hip Impingement Surgery—Can You Return to Sports and Other Activities?

Industry money aside, surgeons have a strong incentive to see their procedures as effective, even when patients tell them otherwise.

I’ve heard countless stories in which a patient tells the surgeon after the hip surgery, “My hip pain is the same.”

And the surgeon’s reply is some version of, “The surgery was a success because we fixed the bone shape. If you still have pain, you might have a muscle issue or need more surgery somewhere else.”

This young man’s surgeon said his surgery was “successful” even though it felt like anything but.

So, Does Surgery for Femoroacetabular Impingement, or FAI, Really Work?

But to date, nobody’s done rigorous research on hip arthroscopy for femoroacetabular impingement against a placebo procedure. This means we don’t know how effective the surgery actually is because orthopedic surgeries have strong placebo effects!

It has been observed clearly throughout orthopedic medicine history that real surgeries and fake/sham surgeries (placebo surgeries) often yield the same or similar results. And the most invasive surgeries often have the strongest placebo effect. (Read more). ​

As surgeon and author Ian Harris puts it, “The real benefit from surgery is lower and the risks are higher than you or your surgeon think.” His book, Surgery: The Ultimate Placebo,* is well worth the read.

But hip surgery does work sometimes!

We can't say that people don't ever improve from hip surgery. Sometimes people come out of hip surgery for FAI and do feel better. That begs a very important question about FAI hip surgery: Why does it work sometimes?

Since bone shapes, joint space, and labral tears don't seem to correlate to hip pain, we need to look elsewhere for explanations.

We could say "It's the placebo effect" and leave it at that, but that's probably not the entire picture. It would be too simplistic an answer and probably wouldn't be accurate.

The theory that seems to make the most sense is that the muscles are where the problem is. And surgeries affect muscles.

Listen to this episode of the Upright Health podcast for more on why hip surgeries sometimes work.

Muscle pain happens. It’s indisputable. Everyone has had sore, aching, or irritated muscles.

The hip joint is surrounded by both large and small muscles.

Suffice to say, this is a lot of stuff happening to the hip muscles. And that alone would be enough to affect muscle function and sensation, in a positive or negative way.

Now is this hip surgery theory proven yet? Absolutely not. The only way to test this would be to perform sham hip surgeries, in which the surgeons perform the surgery only up to the point of dislocation and then do not shave or repair any alleged structural damage.

And it's pretty unlikely a study comparing real surgery to placebo surgery like that will be happening any time soon.

See also: What are Real Success Rates for Surgery for Femoroacetabular Impingement?

If Surgery for Hip Impingement Doesn’t Work, How Do You Fix Hip Pain?

First, don't let fear guide your actions. We've heard surgeons make fear-inducing statements like, "If you don't do the surgery soon, your hip will deteriorate rapidly." Research shows this is a myth, as I wrote about earlier.

My belief is that focusing on retraining muscles is the key. Muscles are the drivers of all movement.

Due to largely sedentary lives and the highly specialized and repetitive activities we all participate in (whether work- or sport-related), our hip muscles often become imbalanced. Read the book Move Your DNA by Katy Bowman* for a great primer on this topic.

When you don’t use a muscle, it weakens. And there are a great many hip muscles that go unused or underused (like the adductors and gluteals). There are also a great many motions that people never do, such as deep squats, touching their toes, or taking a wide-legged stance. This results in poor overall hip function.

Of course, this also means every individual has a unique set of muscular challenges. That is why the solution to your hip pain may be very different than the solution to another person’s hip pain. A ballet dancer’s hip pain solution will look different from a weightlifter’s solution. A hockey player will likely have different compensatory patterns than a skateboarder.

You must address every person on an individual basis.

The main point is that femoroacetabular impingement is a training problem, not a bone problem. This theory is backed up by others, including from medical practitioners like those at the Sports Surgery Clinic in Ireland.

For an inspiring story of recovering from hip pain without surgery, watch Bill’s story:

Below, you’ll find a few videos that thousands of people have found helpful. As mentioned above, every person has unique muscular challenges, but these videos will help you start your own process of identifying issues and potential solutions for yourself.

For more on functional training for muscles, read ATM Theory: Your Joint Pain May Actually be Muscle Pain. 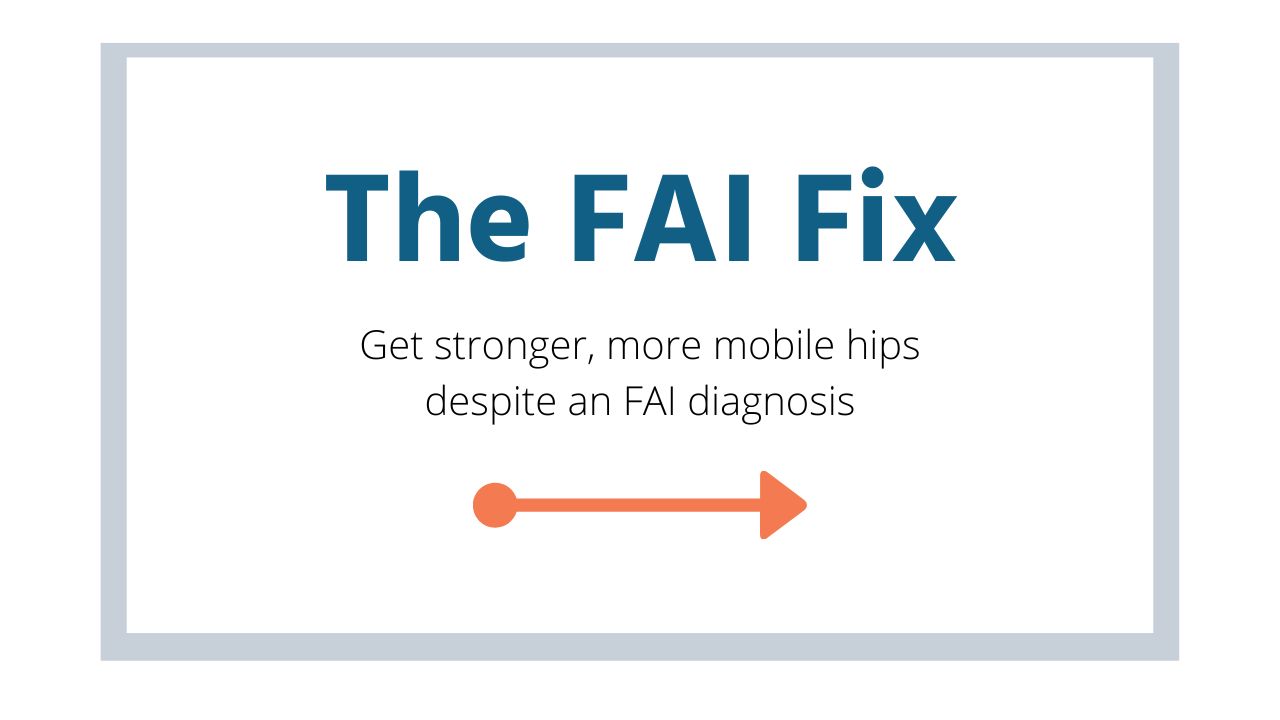