Injuries, surgeries, and hip pain recovery: life after the NFL 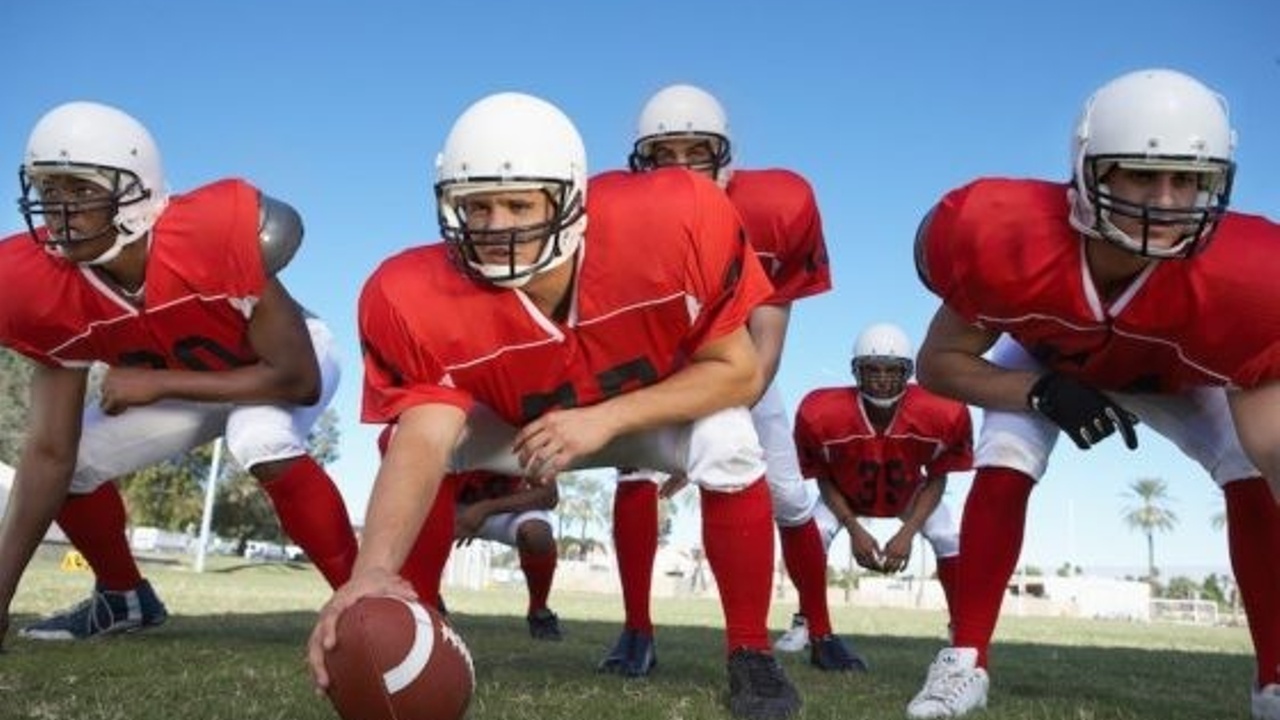 Today we are looking at the story of BK – his life during and after the NFL, and how hip pain drastically affected his quality of life.

As personal trainers who specialize in working with people with hip pain, back pain, and shoulder pain, we get clients from all walks of life.

A lot of times we work with desk jockeys – the ubiquitous tech workers of Silicon Valley.

Sometimes we work with pro and former pro athletes. The athletes with pro experience are quite interesting because they give us an inside perspective on the inner workings of the big leagues.

Oftentimes, the average Joe believes that NFL athletes are getting the best care money can buy. Team doctors give the NFL players the best pain killers and surgeries available. This makes the use of painkillers and surgery seem not just reasonable – but the best possible option when dealing with something like severe hip pain, back pain, or shoulder pain.

We’ve got a great detailed interview with a client of ours who put his body through the wringer in NFL. For now, he’d like to remain anonymous (the initials we’ve used are not indicative of his real name), but in the future we hope to be able to update with his full name and picture (and hopefully a video as well).

Give this interview a read and discover what it’s like inside the NFL – and what’s it’s like once you’re out of it.

How did you end up in the NFL? What should people know about life in the NFL?

I’ve been active in sports my whole life. As a child I played soccer, basketball, baseball, and flag football. When I got to high school I started playing tackle football and was able to earn an athletic scholarship to continue playing football in the Pac-12 Conference. After my collegiate career I was drafted into the National Football League.

There are some pretty significant differences between the NFL and lower levels of football.

First, football is much faster and more physical in the NFL. There are some huge, strong human beings that move fast on the football field.

Second, the NFL season can be about twice as long as the collegiate football season.

There was a running joke the night before training camp opened. We would say, “Enjoy tonight! This is as good as you’re going to feel until the season ends.”

How frequently did you encounter injuries in the NFL? And how were player injuries dealt with? 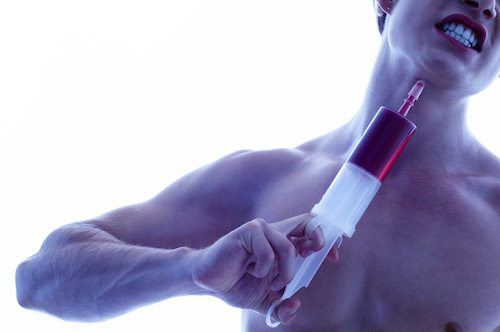 In the NFL, almost every player suffers an injury – usually multiple injuries – during the season. The players and medical staff do the best that they can to rehab the injuries, but usually players have to rely on anti-inflammatory and pain medications to get through the season.

We would try to rehab injuries during the season but it was an uphill battle since we often would re-injure whatever was hurting whenever we played a game.

Injuries and soreness would accumulate during the season. There wasn’t time built into the schedule to prevent or address injuries. Instead, players would come into practice early and stay late to address injury concerns.

If the injury lingered into the offseason then surgery was performed to address the injury and to try to get the player ready for the following season.

After a few years the pattern was really obvious to me: players suffer injuries, limp through the season with the assistance of medication, and then a “tune-up” in the operating room during the offseason in order to be ready for training camp the following year.

What did medical professionals advise you to do to solve your problems?

As I said earlier, for most injuries it was managing the symptoms until the offseason. We were prescribed a lot of anti-inflammatory and pain meds so that we could try to play through the injuries. If the injury persisted to the offseason then the team would schedule surgery for you.

I have several teammates that are suffering kidney problems because medications were so heavily prescribed by the teams. We didn’t know the risks of the long term use of these medications.

What were the results of implementing these medicinal/surgical solutions?

Now I’m not sure if I would call this cycle a “solution”. It was just a pattern of behavior we saw and bought into. And, unfortunately, it became the norm.

Some of the problems could be anticipated. I understood that I would likely have aches and pains later in life, but I’m not sure I understood the severity of these symptoms while I was playing.

Other symptoms were completely unanticipated. I have several teammates that are suffering kidney problems because medications were so heavily prescribed by the teams. We didn’t know the risks of the long term use of these medications.

I struggled to sleep at night because of the intense burning sensation in my hip. I just couldn’t find a position that made me comfortable enough to sleep soundly. Even with little sleep I would rush to get out of bed in the morning because at least moving around would distract me from the pain I was enduring while lying in bed. My hip issue was quickly becoming intolerable.

After more than a dozen orthopedic surgeries during my high school, college, and NFL career I thought my days of dealing with injuries were behind me. Over the course of the last couple of years I noticed a burning pain in my right hip that steadily increased.

As the pain got worse I found myself sitting to rest my hip instead of living the active lifestyle I was used to. At first the sitting seemed to help calm the flaring pain. After a few months my right hip pain intensified and it felt as if even the sitting would make the pain worse.

I tried my best to manage my hip issues by unsuccessfully balancing what I needed to do during the day while also trying to rest. Frequent visits to the chiropractor and massage therapists did little to help manage the pain that just kept getting worse. Soon I found myself spending too much time on the couch because being on my feet caused such extreme pain.

I struggled to sleep at night because of the intense burning sensation in my hip. I just couldn’t find a position that made me comfortable enough to sleep soundly.

Even with little sleep I would rush to get out of bed in the morning because at least moving around would distract me from the hip pain I was enduring while lying in bed. My hip issue was quickly becoming intolerable.

I had no interest in adding to my already long list of surgeries and wanted to exhaust all of my options before consulting with an orthopedic surgeon.

While searching the web I found a doctor who specialized in non-operative orthopedics for joint related pain. I immediately made an appointment. My hip pain was so intense that I was counting down the days to until I could see the doctor.

What did you learn about your hip pain from that orthopedic doctor? 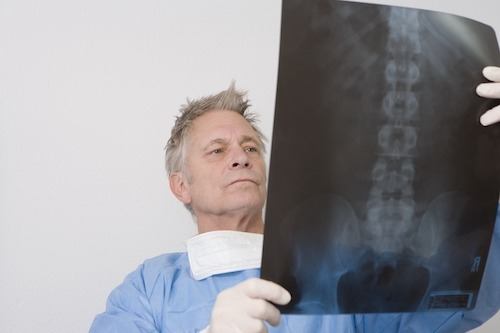 I went to the appointment hopeful that a doctor who spent more than 20 years practicing non-surgical methods of addressing orthopedic issues would help me put together a plan to reduce my hip pain, regain some activity, and avoid surgery.

The doctor ordered x-rays of my hips when I first arrived for my appointment. When I met with the doctor she reviewed my films and immediately stated my right hip was too damaged to fix even through surgery. She did, however, write me a referral to see a hip surgeon for my pain-free left hip!

The doctor promised me that my left hip would soon feel as bad as my right hip if I didn’t immediately have surgery. So much for non-operative orthopedics!

I left the office discouraged and convinced I would need surgery.

I dreaded the thought of treating my current hip issues the way I managed injuries during my football career.

I wanted to avoid pain medications, cortisone injections, and, most of all, surgery.

The hip surgeon I was referred to was so busy that his soonest available appointment was two and half months away. (Apparently, a lot of people are told they need hip surgery!) Now I needed to find a way to cope with my pain for the next 75 days until I could finally see the surgeon.

Even though I reduced my level of activity, I now had a sore and cracking right knee to go along with my aching hip pain. My friends started to joke that it was impossible for me to sneak up on anyone because the loud cracking in my joints gave away my presence from 50 feet way.

What have been the results of coming to train at Upright Health?

I’ve learned a whole new way of thinking about how to treat and prevent injuries. Most importantly, I’ve learned that surgery is not the only way to correct a nagging, painful injury.

Our bodies have a miraculous ability to heal themselves that I didn’t fully comprehended. Of course, there are some injuries like a torn ACL that require surgery to repair. There are many other injuries that we can get relief from that do not require surgery.

The most memorable experience I’ve had training with Upright Health was the first time I walked down my stairs after getting out of bed without needing to hang on to the railing as tight as possible.

What can you do now that you couldn’t do before? What’s been most surprising for you?

During my first visit to Upright Health we did soft tissue work, stretching, and strengthening. I noticed a big change in my level of pain during that first appointment but wasn’t convinced that the positive results would last.

The results I did get while working with Matt that first day served as motivation for me to continue the program he wrote for me on my own at home. Within a week I noticed that I was sleeping better.

The most memorable experience I’ve had training with Upright Health was the first time I walked down my stairs after getting out of bed without needing to hang on to the railing as tight as possible.

In the morning I used to worry about my knees giving out while going down my stairs. The first day I was able to do that without worry I knew I was on the right track.

How have your results affected your view of how the NFL deals with player injuries?

It seems ridiculous now. It’s a cycle that needs to be broken. I now realize that if we value health – if we value our ability to be active – that we should think about injury treatment in a much better way than turning to surgery as one of the first options.

This doesn’t just apply to the NFL, it applies to our entire healthcare system.

I’ve had some amazing results rehabbing injuries that I was told would require surgery. I understand some injuries require surgery, but I would encourage everyone to try out non-surgical means of addressing an injury before being wheeled into an operating room!