Hip impingement: how does hip surgery compare with physical therapy? 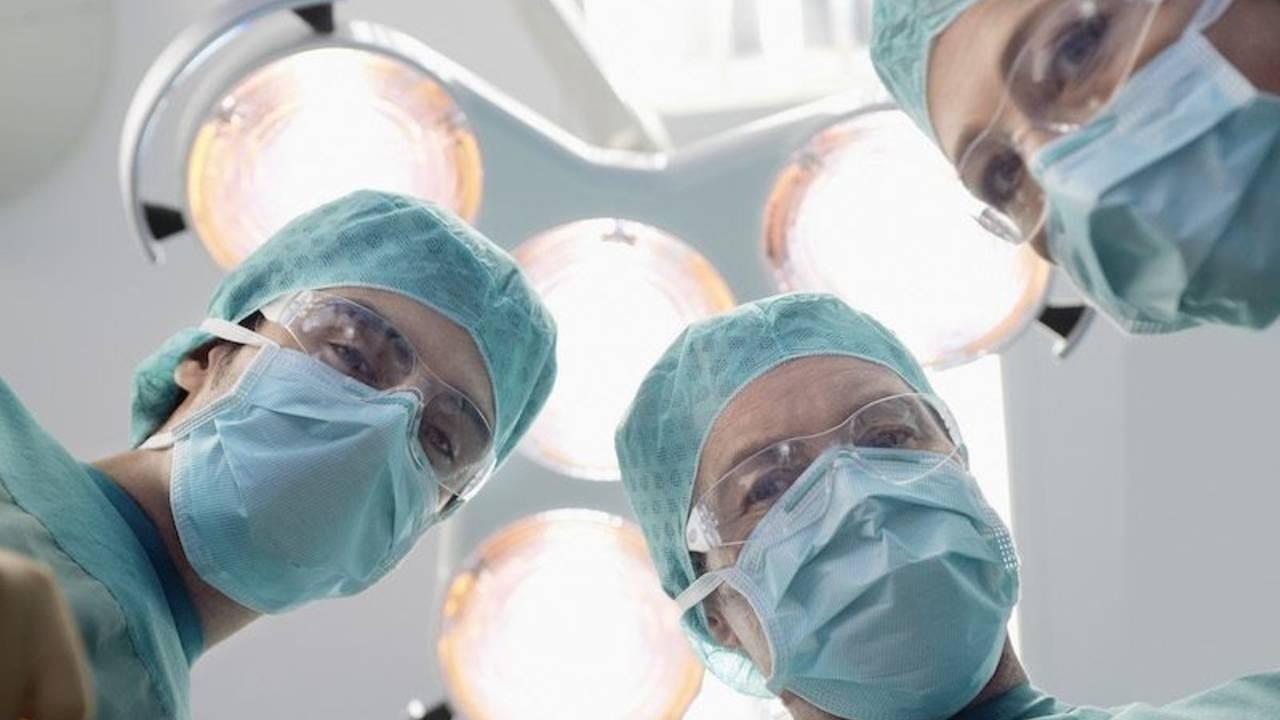 We’ve talked about hip impingement, the success rates for FAI surgery, and even if surgery is worth it. But what if we compare the results of treating hip impingement with surgery versus physical therapy?

A study published in the American Journal of Sports Medicine in 2018 compared the outcomes of patients with a femoroacetabular impingement (FAI) diagnosis who underwent different treatments: hip surgery or PT. Researchers measured the outcomes six months, one year, and two years after the treatment.

This study is very interesting as it is the first we’ve seen that actually does a side-by-side comparison. 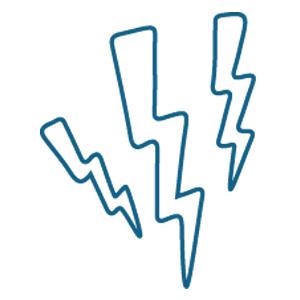 For people with hip pain, this is a crucial comparison. If physical therapy works better than surgery for fixing your hip impingement, you would of course choose physical therapy.

Conversely, if surgery works better than physical therapy for your FAI, you’d go with surgery to fix your hip pain.

Second, there’s the financial cost. Surgery is invariably more expensive than physical therapy. For insurance companies and for people paying for their own hip surgeries, the efficacy of surgery for FAI is a question of efficient use of money.

Nobody wants to pay thousands of dollars for something that doesn’t work.

The hip impingement study: the setup

The population of the study had these characteristics:

Eighty patients were selected for the study. All patients were diagnosed with hip impingement (FAI). The ages ranged from 18 to 60 years old. They were randomly separated into two groups of 40 patients each.

The surgery options involved one or more of the following:

The final decision on which surgery to perform for each patient was based on the surgeon's clinical judgment. After the surgery, the patients went through a postoperative physical therapy protocol. 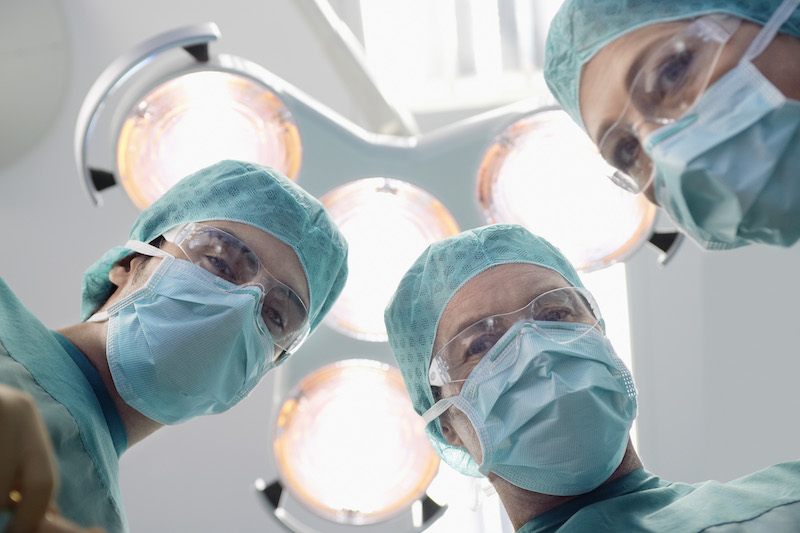 This group underwent a supervised physical therapy program. The sessions were twice a week and 45 minutes long, with a total of 12 sessions. The techniques included therapeutic exercise, and manual therapy to the hip, lumbar spine, and pelvis.

The outcomes of each patient were obtained at six months, one year, and two years. The primary outcome was the Hip Outcome Score (HOS).

Results of this FAI study

So how did physical therapy for hip impingement compare to surgery? Is the cost of surgery worth the results?

Let’s take a look at the results:

The unfortunate result in this study was no one.

Let’s take a deeper look to find out why.

First, let’s talk about the surgery options for the first group.

Those surgical procedures work under the premise that hip impingement is caused by an abnormal bone shape.

This is hard to believe—especially when you look at some basic facts and research.

If that “abnormal shape” was the cause of your hip problem, you’d have had hip pain since … well, forever. That’s not the case when it comes to FAI.

People with a clinical diagnosis of FAI in images often have zero symptoms of hip impingement!

Pain sometimes comes on fast. Sometimes, it creeps in over months. Sometimes there's one triggering incident. Sometimes it comes and goes...

Here’s the interesting thing to remember: bone shapes have NEVER been shown to be related to hip pain or immobility. People with a clinical diagnosis of FAI in images often have zero symptoms of hip impingement!

Bone shape is NOT a reason to undergo hip impingement surgery.

In the following video I talk about the prevalence of “abnormal bone shapes” and the theory that they cause hip pain in femoroacetabular impingement. I strongly recommend you watch it to get a deeper understanding of the non-existent relationship between FAI and bone shapes:

Second, what about the results for both hip impingement groups?

Both groups had the same perception after two years. Both rated their results as “no improvement.”

Surgery, and all that comes with it (pills, bills, recovery time), gives the same results as this physical therapy protocol in the short and long term.

If you are considering surgery as an option or want first-hand advice, check out this video. Alex shares what he learned from his FAI surgeries on both hips:

Why did physical therapy and surgery fail to fix hip pain for people with femoroacetabular impingement?

The problem is both were looking at hip pain as a bone problem. The PT protocol for the rehabilitation group was designed from a surgical point of view.

What does that mean?

The researchers designed the protocol based on the belief that bone shape and/or a hip labral tear caused pain for these patients. So, the femoroacetabular impingement physical therapy treatment addresses it as a bone issue:

This protocol isn't looking at the muscles properly.

The reality is that every individual has unique movement pattern issues that contribute to hip pain. If you are hypermobile and have hip pain, the way you retrain your body should be very different than someone who is extremely stiff and inflexible.

You cannot manually pull on a bone for 10 minutes and expect that to make a lasting change to the way that bone articulates with another bone.  You can't tug on the bone with your hands or a band and expect a person to now be able to move the hip joint properly.

It's like saying if I assist you on a 225 pound bench press for 10 minutes, you'll be able to do it without my assistance tomorrow.

In the rehab program, they included a lunge. That's a great exercise. When someone is ready for it.

But you cannot do a multi-joint exercise like a lunge and expect that to improve muscle recruitment and movement patterns around the hip joint in EVERY person. The vast majority of people don't know how to do it right, and they will definitely use the wrong muscles!

A person with hip impingement symptoms must learn how to engage the right muscles at the right time in a wide variety of movements. Strength must be developed in areas specific to that individual’s deficiencies.

Applying a protocol like this to everyone with hip pain based on an femoroacetabular impingement diagnosis is like trying to build a delicate model airplane with a glue stick and a sledgehammer. You’re approaching the problem in a fundamentally erroneous way.

In any case, the result of this kind of physical therapy was the same as surgery—without the costs or the complications.

Bottom line: Change the perspective on hip impingement to get results

The medical understanding of hip impingement is flawed and, more importantly, not productive.

The noninvasive solutions for FAI, like physical therapy, often disappoint because they are still based on the bone shape theory of femoroacetabular impingement.

The strategies developed under that perspective of FAI are highly likely to fail for a huge number of people in the short and long term.

What treatment is best for hip impingement?

The treatment must be personalized. There are countless variables for each person.

If we approach FAI treatment from a muscular imbalance point of view, we’ll get the right answers.

The answer is not the bone shape but rather the way your muscles are working:

Exercises for FAI must be aimed at: 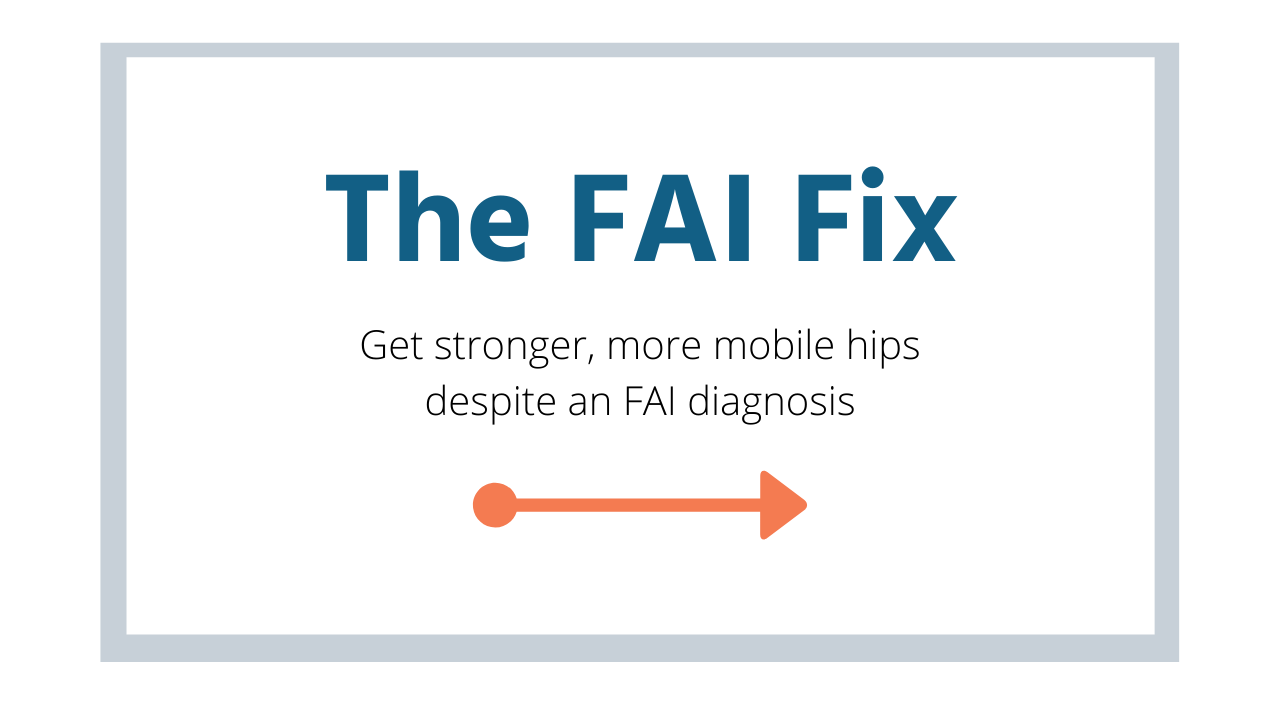